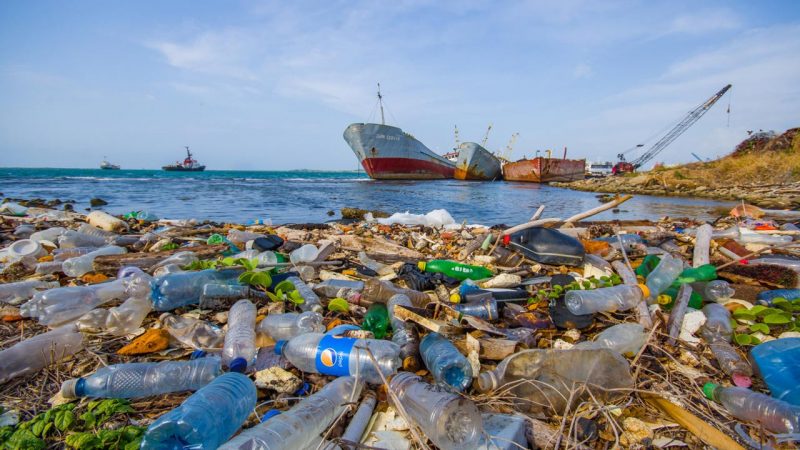 The world at the weekend laid the groundwork for a radical shift to a more sustainable future, where innovation will be harnessed to tackle environmental challenges, the use of throwaway plastics will be significantly reduced, and development will no longer cost the earth.

After five days of talks at the Fourth UN Environment Assembly in Nairobi, ministers from more than 170 United Nations Member States delivered a bold blueprint for change, saying the world needed to speed up moves towards a new model of development in order to respect the vision laid out in the Sustainable Development Goals for 2030.

Noting that they were deeply concerned by mounting evidence that the planet is increasingly polluted, rapidly warming and dangerously depleted, the ministers pledged to address environmental challenges through advancing innovative solutions and adopting sustainable consumption and production patterns.

“We reaffirm that poverty eradication, changing unsustainable and promoting sustainable patterns of consumption and production and protecting and managing the natural resource base of economic and social development are the overarching objectives of, and essential requirements for, sustainable development,” the ministers said in a final declaration.

“We will improve national resource management strategies with integrated full lifecycle approaches and analysis to achieve resource-efficient and low-carbon economies,” they said.

More than 4,700 delegates, including environment ministers, scientists, academics, business leaders and civil society representatives, met in Nairobi for the Assembly, the world’s top environmental body whose decisions will set the global agenda, notably ahead of the UN Climate Action Summit in September.

As well as pledging to promote sustainable food systems by encouraging resilient agricultural practices, tackle poverty through sustainable management of natural resources, and promote the use and sharing of environmental data, ministers said they would significantly reduce single-use plastic products.

“We will address the damage to our ecosystems caused by the unsustainable use and disposal of plastic products, including by significantly reducing single-use plastic products by 2030, and we will work with the private sector to find affordable and environmentally friendly products,” they said.

“The world is at a crossroads but today we have chosen the way forward,” said Siim Kiisler, President of the Fourth UN Environment Assembly and Estonia’s environment minister. “We have decided to do things differently.”

At the close of the Assembly, delegates adopted a series of non-binding resolutions, covering the logistics of shifting to a business-unusual model of development.

These included a recognition that a more circular global economy, in which goods can be reused or re-purposed and kept in circulation for as long as possible, can significantly contribute to sustainable consumption and production.

Other resolutions said Member States could transform their economies through sustainable public procurement and urged countries to support measures to address food waste and develop and share best practices on energy-efficient and safe cold chain solutions.

UN Deputy Secretary-General Amina Mohammed, who attended the summit, said action on unsustainable resource use was no longer a choice, but a necessity.

“As Member States have stated during vibrant debates, alongside civil society, businesses, the science community and other stakeholders here in Nairobi, it is yet possible to increase our well-being, and at the same time maintain economic growth through a clever mix of climate mitigation, resource efficiency and biodiversity protection policies,” she said.

As evidence mounts of the devastating effects of human activity on the health of the planet, a global clamour for swift action is rising. As delegates prepared to leave Nairobi on Friday, hundreds of thousands of students in around 100 countries took to the streets as part of a global protest movement inspired by Swedish student Greta Thunberg.

Speaking during the Environment Assembly on Thursday, French President Emmanuel Macron said young people were right to protest and that the world needed their anger to drive faster, more forceful action.

“We believe that what we need, given the situation we live in, are real laws, rules that are binding and adopted internationally. Our biosphere faces total devastation. Humanity itself is threatened. We cannot simply respond with some nice-sounding principles without any real impact,” President Macron said.

“Current global statistics are indeed quite sobering and projections for the future generations are dire and demand urgent action from governments, communities, businesses and individuals,” he said.